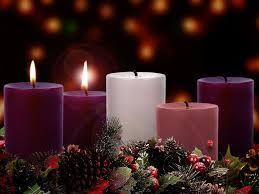 On Sunday we heard the story of John the Baptist; a voice crying in the wilderness “Prepare the way of the Lord,” as recorded in the Gospel of Mark.

The Gospel of Luke tells us the circumstances surrounding the conception and birth of John. His father, Zechariah, was a priest and while he was officiating in the sanctuary in the Temple in Jerusalem he had an angelic visitor who told him that the prayers he and his wife Elizabeth had been offering for a very long time were about to be answered, they were about to be blessed with a baby boy whom they were to name John. God chose an elderly couple to be the parents of the boy who would announce the coming of God’s promised Saviour.

Interestingly, in the apocryphal gospel of James written in 2nd century, there is a story about another elderly couple, Joachim and Anne. Anne received an angelic visitor who announced that her prayers for a child were about to be answered. In due time she gave birth to a baby girl and named her Mary. Yes, the mother of our Lord, Jesus Christ. Today we celebrate the Conception of the Blessed Virgin Mary.

May 22
Six Sunday of Easter