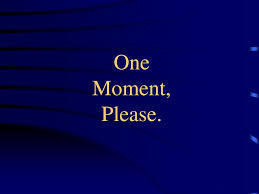 Today we remember the life and work of Hannah Grier Coome; born 28 October 1837 in the Carrying Place, Upper Canada, and died 9 February 1921 in Toronto.

Hannah was home schooled by her parents, the Rev. John and Eliza Grier. In1859 she married Charles Coome and 1862 they moved to Britain where Charles worked as civil engineer. During their 14 years in Britain Hannah became interested in religious communities and mission work. The loss of her first and only child due to a severe fall during pregnancy, and the death of her husband a year after their return to North America, left Hannah dependant on a brother until 1881 when she decided to return to Britain to enter a religious community.

While visiting family in Toronto on route to England she was introduced to some people who were interested in establishing a religious community in Canada. Hannah’s plans changed. She returned to Peekskill, New York, to enter a two year formation period with the Sisters of St. Mary who were a relatively new Anglican educational and nursing order. In 1884 she professed religious vows. Sister Hannah returned to Toronto where she overcame many obstacles and established the Anglican Sisterhood of St. John the Divine devoted to prayer, to nursing the sick and caring for the needy.

May God continue to bless people through the Sisterhood Hannah founded 136 years ago.

Dec 5
Companions in the Journey